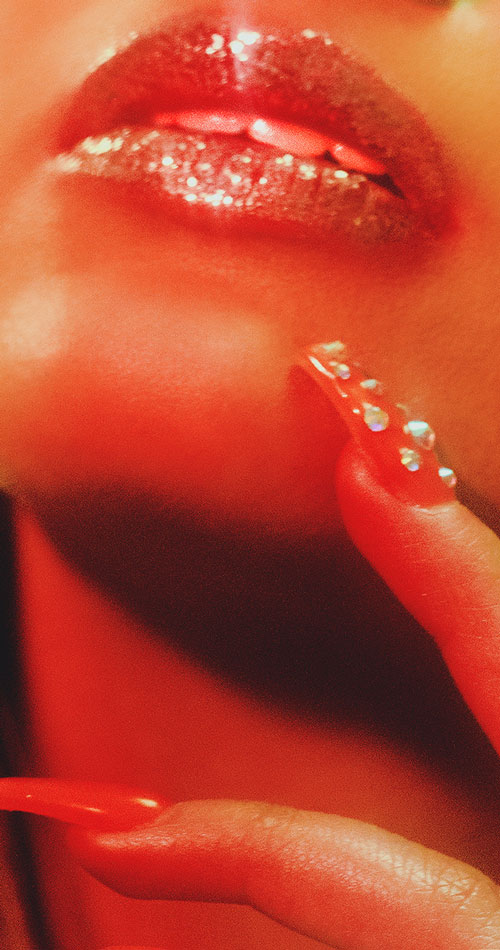 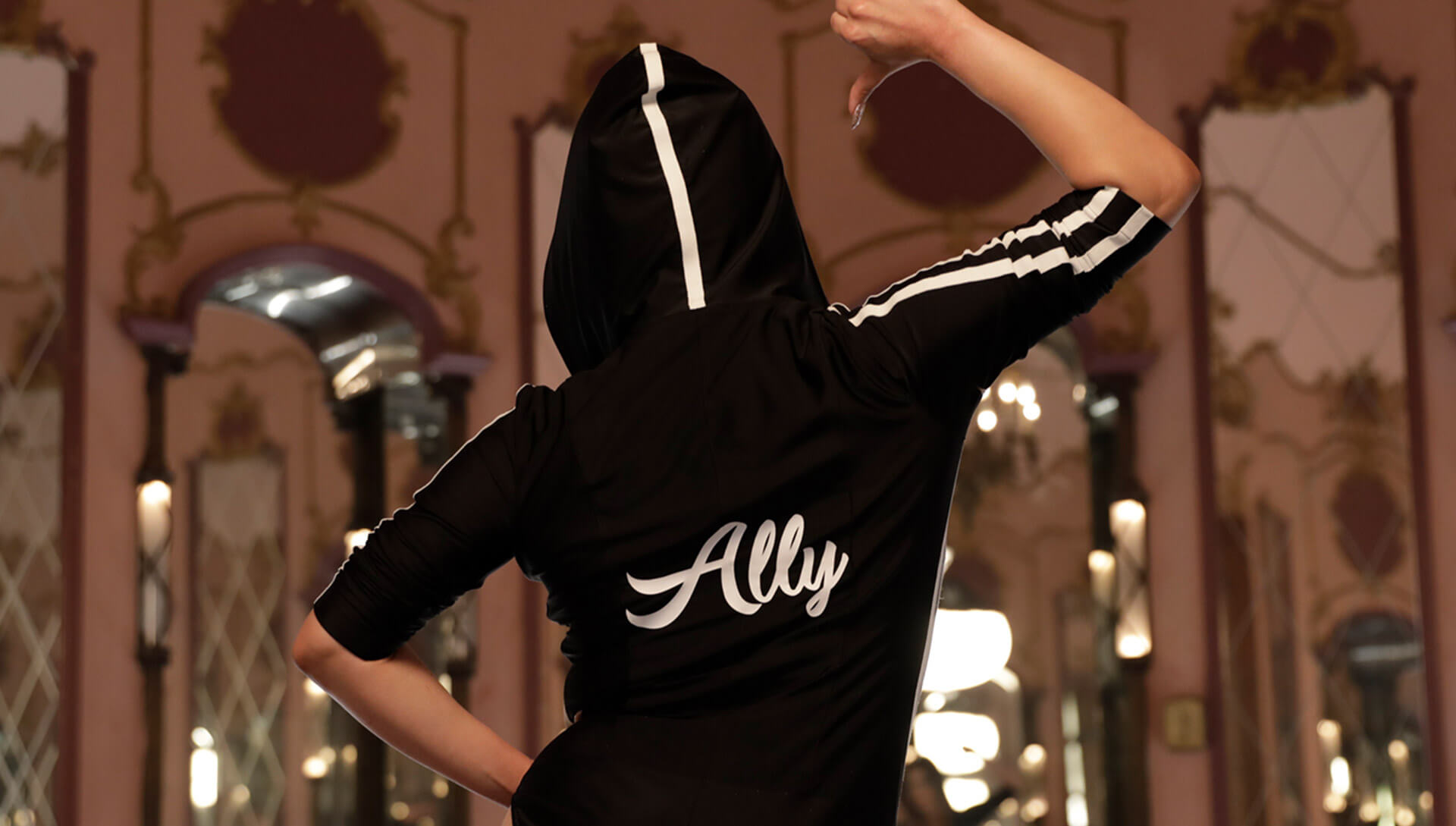 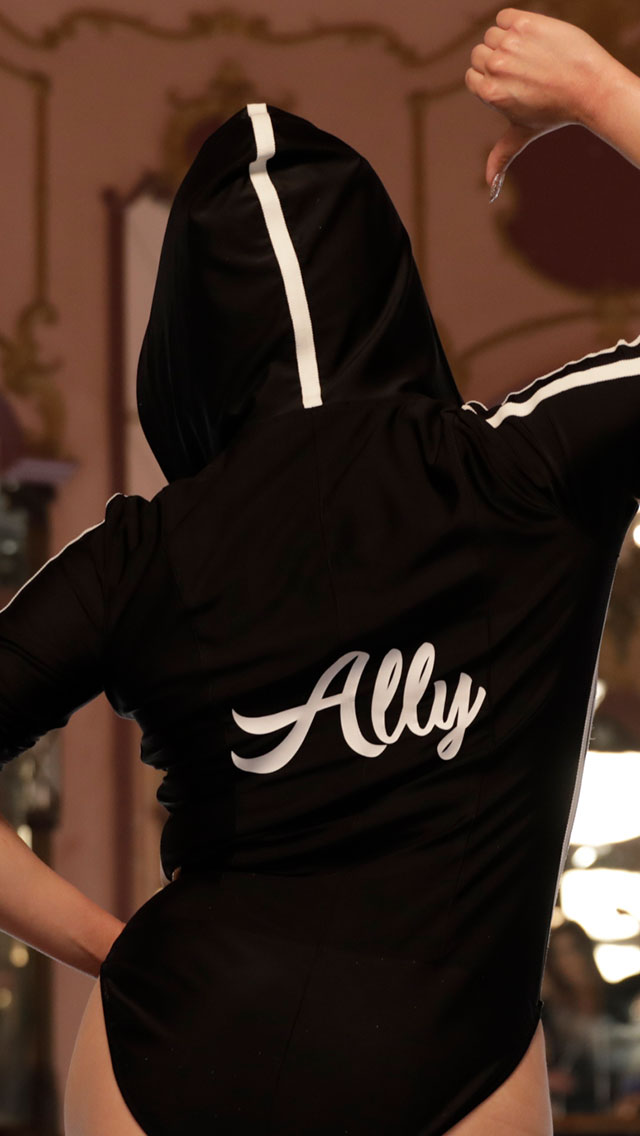 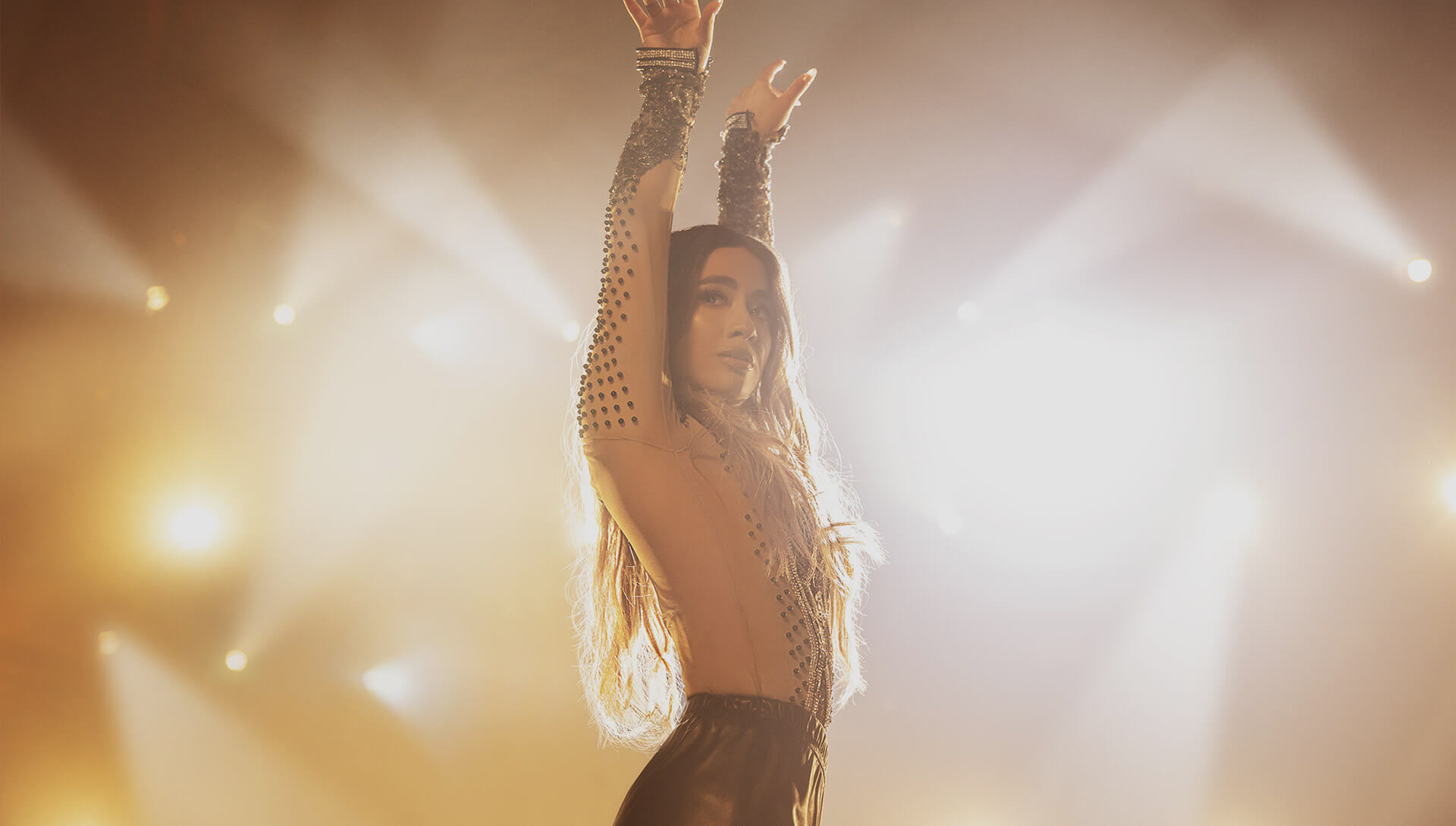 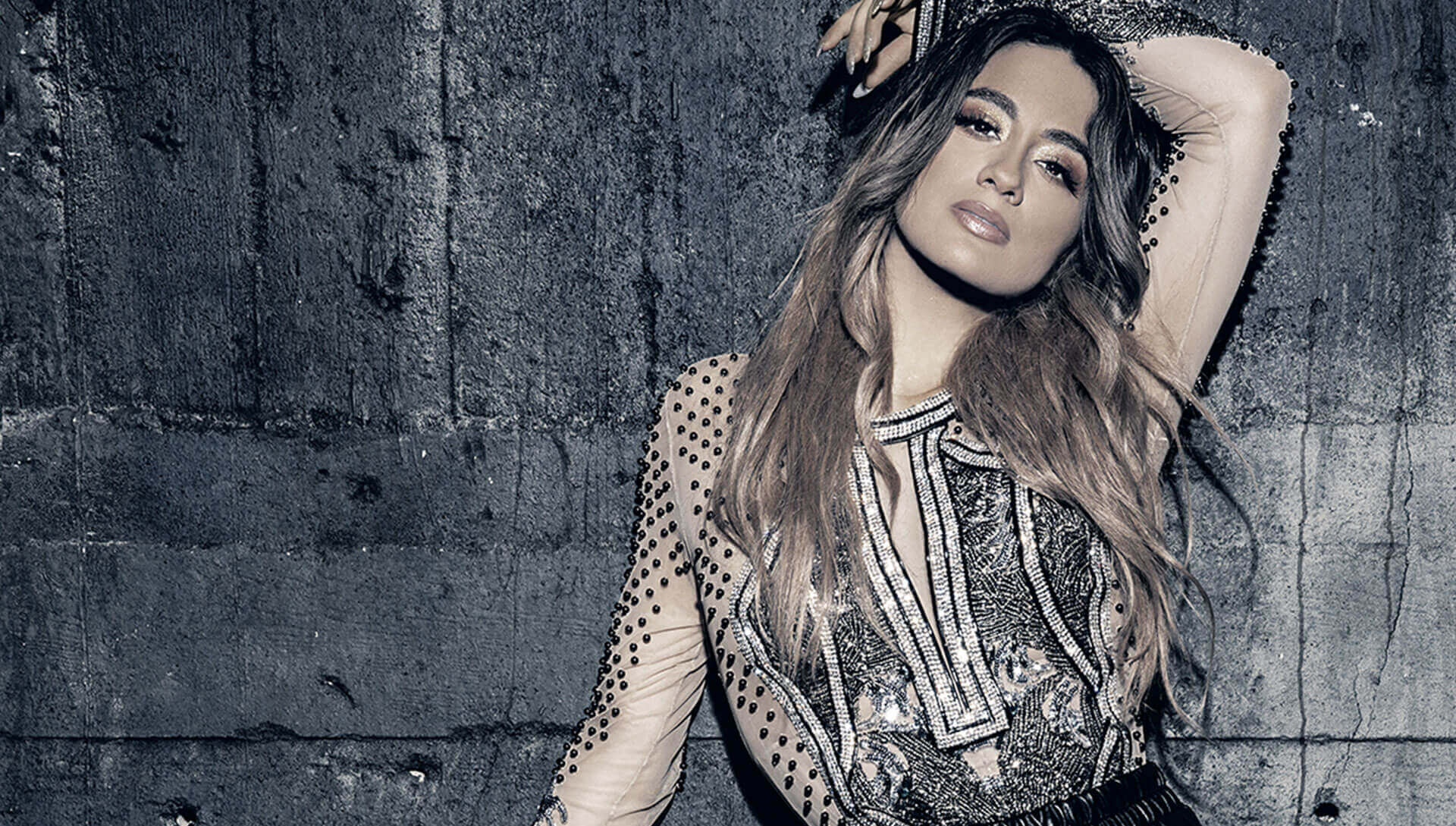 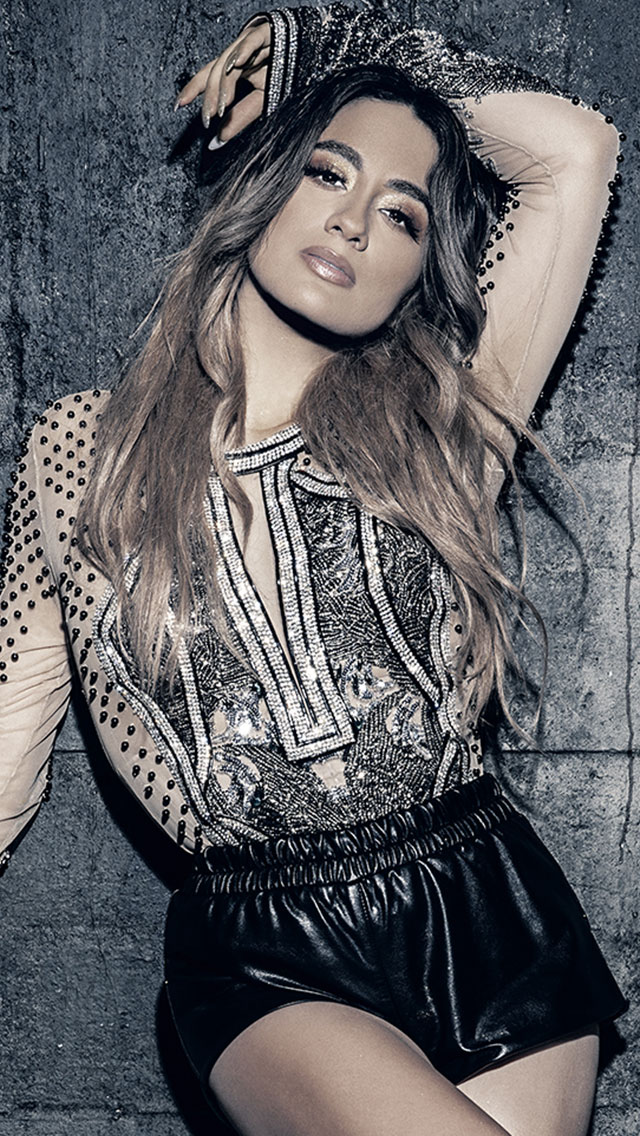 get
to
know
me
For as long as she can remember, Ally Brooke has been on a path to self-discovery. And now, with the singer having endured her share of detours and obstacles and unexpected challenge along the way, she's finally tapped into her most honest and sincere spirit. "It's an answered prayer," says the preternaturally talented pop star who after breaking out as a member of the multi-platinum pop group, Fifth Harmony, signed with Atlantic Records in 2018 and is now preparing to release her solo debut album. Following years ceding her individual creative spirit to a group's collective mission, Ally says she's nothing short of ecstatic to at last paint her own portrait: a rich tapestry decorated with history and culture, passion and commitment. "I get to finally be who I am and fulfill that part of me that was so lost for a while," she says with trademark blunt honesty. "People never really got to see to the true me. Now just being able to have my own freedom of being an artist is the most incredible feeling in the world."
For a lifelong singer like Ally, who by age 12 was already shuttling between her native San Antonio and Los Angeles to write and record music with some of the industry's key players, arriving at this moment feels nothing short of a dream fulfilled. "It's beyond gratifying," she says of being signed to a major-label deal as a solo artist. "I've worked for this since I was a young girl. Always trying to find myself and make this dream come true." Many first met her as a solo contestant on "The X Factor," and then as a member of the assembled group, Fifth Harmony, "but of course the goal was to be a solo artist from the beginning," she explains. "So to now be signed to Atlantic and to have everybody behind me.I can't even describe how phenomenal it feels. It's so beautiful."
Central to Ally's palpable excitement about planting her own artistic flag is wielding artistic control over her future and, more specifically, shaping her signature sound. To that end, the singer spent an intense last year in the studio with some of the music world's top songwriters and producers, together working tirelessly until she landed on a specific sound and style that moved her. "For me it's always been about the record," Ally explains of her creative motivation. "Whatever record I'm drawn to and feel like it's me that's what I want. And it was all about finding it. But we didn't want to rush."
Raised in an intensely passionate and proud Latin community, Brooke gravitated early to mariachi music and Tejano artists like Selena Quintanilla as well as more mainstream Latin pop stars including Gloria Estefan and Jennifer Lopez. First finding her voice when singing in church, Ally's knack for her craft quickly transformed into something more resembling a life's true love and central passion. "I was always the shy kid," she explains, "but then the day came when I sang onstage. And even though I felt so nervous after I was done singing I was like, 'Oh my goodness. This is something that makes me feel like I have superpowers!' It was such an unbelievable feeling. I knew that this made me feel different than anything else."
Ally says given her cultural heritage and she and her family's intense Mexican pride, she's long known her music would have a Latin flair. "But how do we develop that into the modern music landscape?" she wondered. What the musician ultimately landed on is a modern and fresh sound that embraces both her Latin heritage as well as her longtime love of some of the most celebrated pop artists including Justin Timberlake and Bruno Mars. "It was all about experimenting," she offers of the trail-and-error process of assembling her debut LP. "For me it's all about quality and authenticity."
And when speaking specifically to "Low Key," the emerging pop star's debut single that features a sly verse courtesy of the rapper Tyga, those are two descriptors Ally uses repeatedly. "I fell in love with it!" she says emphatically of the slow-building undeniable smash record co-written by proven hitmakers John Ryan (Maroon 5, Niall Horan), Teddy Geiger (Shawn Mendes) and Julian Bunetta (Thomas Rhett, Harry Styles). "I had so much fun recording the song and honestly it was one of the best days in the studio," she declares. "And trust me I had a lot of days I the studio. It all felt right. Everybody that was part of the record heard it and was so excited. It was just the greatest feeling ever. It was just so cool. Whatever happens, happens. I'm just so in love with this song."
Further adding to Ally's excitement is the knowledge that she's finally poised to emerge front-and-center and deliver the full-scale monumental live show she's long admired. "I really gravitate towards people who entertain," she says citing some of the era's best performers including Timberlake, Mars, and Lopez. "They have such high-energy shows and they are so captivating. I always was drawn to that even as a young girl. Just the magic of being able to really give someone a beautiful, engaging memorable time.
"I'm am entertainer," she adds without hesitation when asked what the future holds for her. "I'm just someone who loves music and performing and loves the character that a record can bring." Having dedicated her life to music and sacrificed so much to get to this point, Ally is euphoric about what lies ahead. "I'm so excited and ready to work," the singer says with pride. "This all just feels like me."
close
Ally Brooke's
New Single 'No Good' 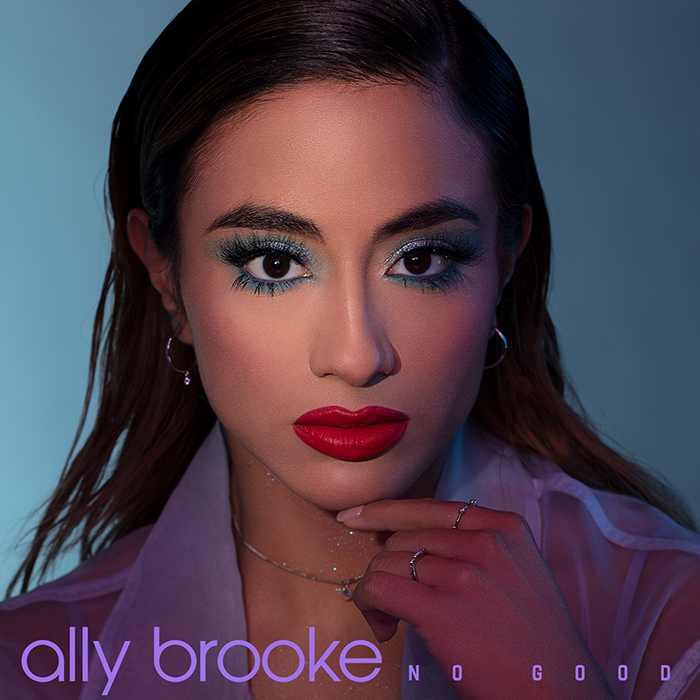